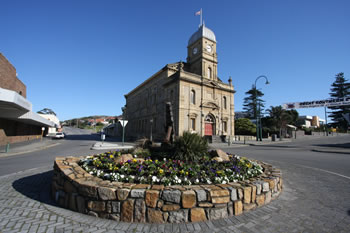 Located between the hills of Mount Melville and Mount Clarence, the Nestled along the Princess Royal Harbour & King George Sound. Visit City of Albany 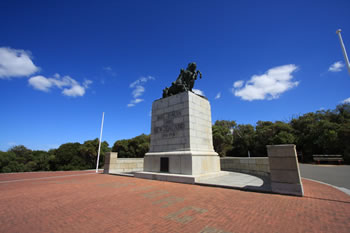 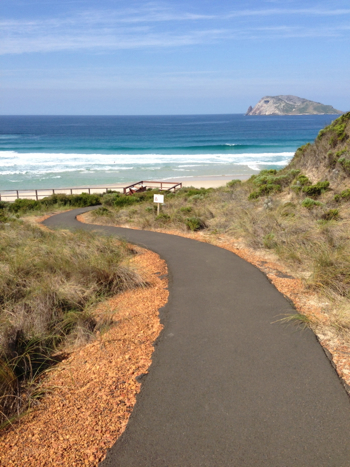 Situated in the Walpole Nornalup National Park a little more than ten kilometres west of Walpole at the turning for Mandalay Beach. Visit Crystal Springs 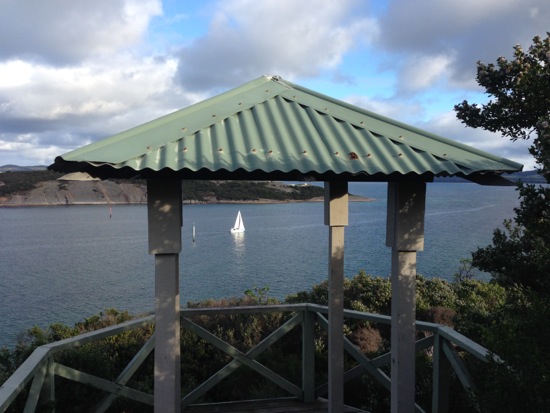 Middleton Beach is only a four minute drive from Albany City Centre!

Middleton Beach is the closest beach to Albany City and its most popular! Michaelmas and Breaksea islands are clearly seen from the shore.

Sheltered from the largest waves by the islands and headlands of King George Sound it is ideal for swimming, wind surfing, picnicking and snorkelling!

There is a delightful terraced area to picnic in the shade overlooking the ocean at Ellen Cove.

Middleton Beach has a few eateries, shops and plenty of places to stay, it is a popular and social beach where people of all ages can find a place to relax in the shade of the trees.

Fishing is popular from the jetty and the jetty is great for jumping off! 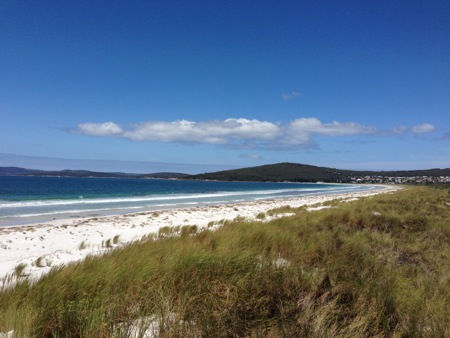 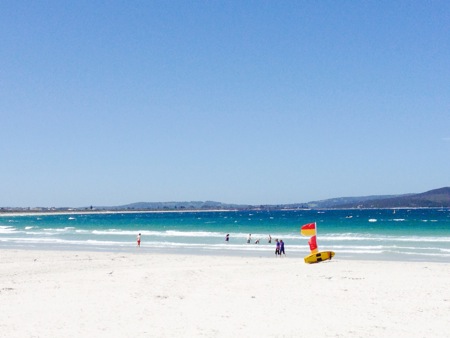 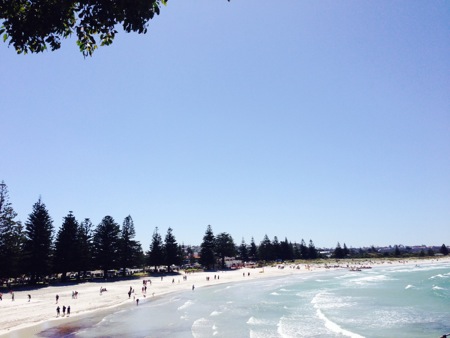 At Ellen Cove the bay wraps around the headland.  Follow the boardwalk as it climbs the hill with views over the King George Sound, Middleton Bay, Vancouver Peninsula and the outlying islands with an easy to moderate bike ride and moderate to hard walk.

The Point King Lighthouse operated between 1857 and 1911and the ruins of keeper cottage residence is all that remains today.  This was Albany Port's first navigational light and WA's second lighthouse!  The Ellen Cove To Albany Port walk is a dual use pathway that takes between 1 and 3 hours to walk finishing in Albany's CBD, the Albany Entertainment Centre and Albany Harbour.  A wonderfully historic walk with stunning natural scenery! 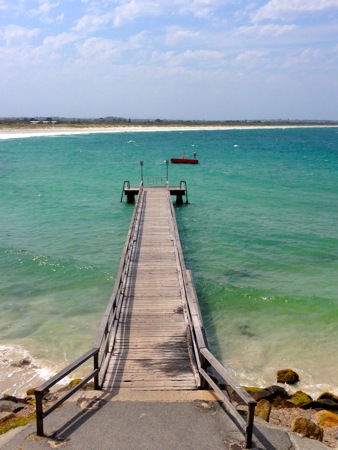 Whale watching between June and October...

See Southern Right and Humpback whales, during their annual migration to the Southern Ocean, from the Middleton Beach Lookouts on Marine Drive.

This tour is both informative, enjoyable and family friendly, and has wheelchair & pram access. 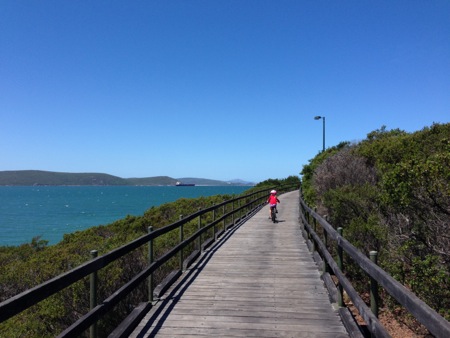 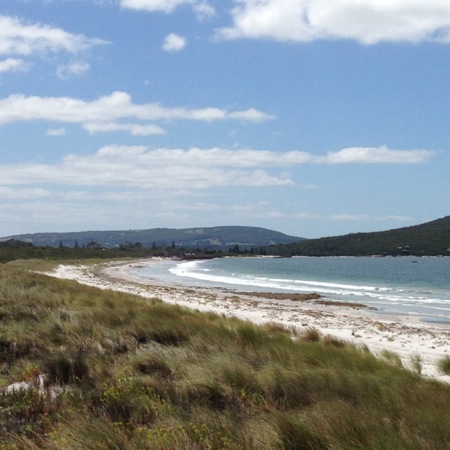 Middleton Beach was named after Captain Middleton in 1934.  The iconic Esplanade Hotel once stood proudly at Middleton Beach, a number of times. The vacant land,  now owned by the State Government, should soon become a vibrant and useful part of the Middleton Beach precinct with a mix of retail, commercial and residential development on the site. 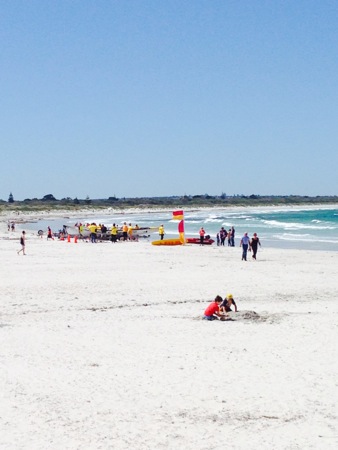 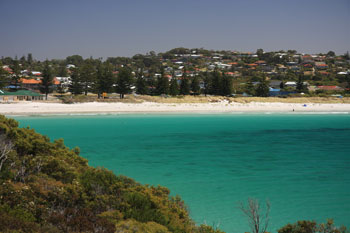 Eyre Park is located only 500m from the beach and between Adelaide Crescent and Garden Street.

Eyre Park is an All Abilities Play Space with a lake, gazebo, drinking fountain, toilets, picnic tables and BBQ facilities.

This large and well equipped park has a great range of play equipment for all abilities including swings, bridges, climbing ropes, flying foxes and sand play.
The park also has a basketball court which is is lit up until 9pm at night. 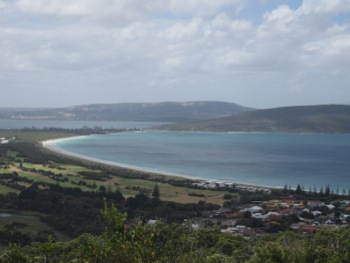 This photo is the view of Middleton Beach from Princess Royal Fortress with point, Emu Point, separating the vast and wavy King George Sound from the calmer waters of Oyster Harbour and the Kalgan River system.

The boardwalk is a pleasant shallow slope up and around the point with incredible views of King George Sound, Vancouver Peninsula, Middleton Beach and Emu Point.  You'll see Gull Rock National Park and Two Peoples Bay in the distance.

The Ellen Cove Boardwalk converts to a well sealed walking and biking trail wrapping around Mount Adelaide into Ataturk Channel and arriving finally at the Albany Harbour on Princess Royal Harbour.

The entrance to Princess Royal Harbour is called Ataturk Entrance, named after Mustafa Kemal Ataturk, Commander in Chief of the Turkish forces at Gallipoli.

This is both an historical and naturally beautiful walking trail. 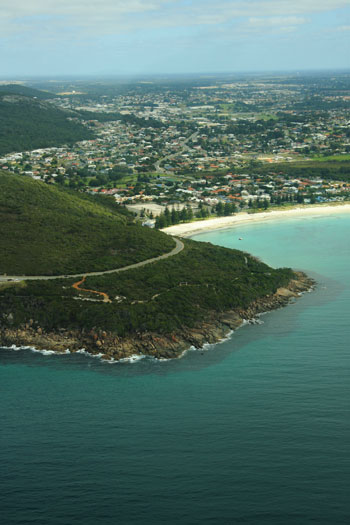 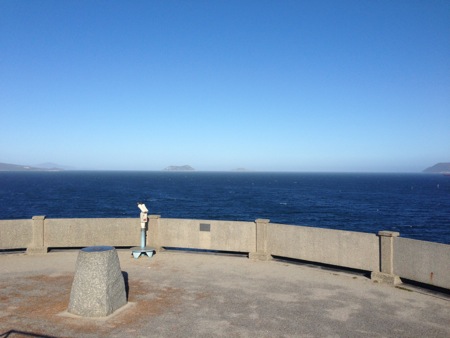 The Centenary of Anzac, 2014 to 2018, was an important period of national commemoration for Australia when Albany hosted a range of events and services to mark 100 years since the first convoy sailed from Australia bound for World War 1.

The Albany ANZAC Memorial Re-enactment in 2014, displayed a flotilla of warships in Princess Royal Harbour plus numerous other events including the opening of the National Anzac Centre.

Albany's Menang people have been living in the region for many thousands of years prior to British arrival in 1826. 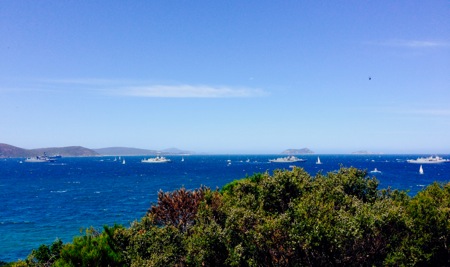 The Ellen Cove playground includes a viking swing and a large wooden ship.  The second park is closer to the caravan park that is more suitable for younger kids. There is ample parking. 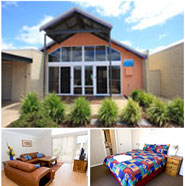 Deluxe 4 Star luxurious, comfortable and spacious Beachside Villas only seconds away from the sands of Middleton Beach! 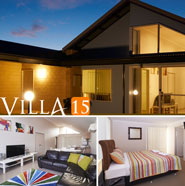 Modern villa nestled between two of Albany's premier locations and metres from the pristine white sands of Middleton Beach.

Located on the beach and away from traffic, ideal for a safe, quiet and relaxing holiday. Our living area has a stunning high ceiling, a large 6 seater lounge, a 55" LED TV with  FoxTel and BluRay player. The kitchen is well equipped including microwave and dishwasher so everyone can have a holiday! The dining table seats six comfortably. The master bedroom has a queen size bed, ensuite and private TV. There is a queen size bed in bedroom two and two singles in bedroom three, sleeping up to 6 (8 with folder beds). The enclosed courtyard has an with outdoor setting and gas BBQ. At night, let the soothing sounds of the surf lull you into a deep restful sleep. Albany's Links golf course is next door, hire a bike and take in the breath taking scenery along the bike track that passes by. 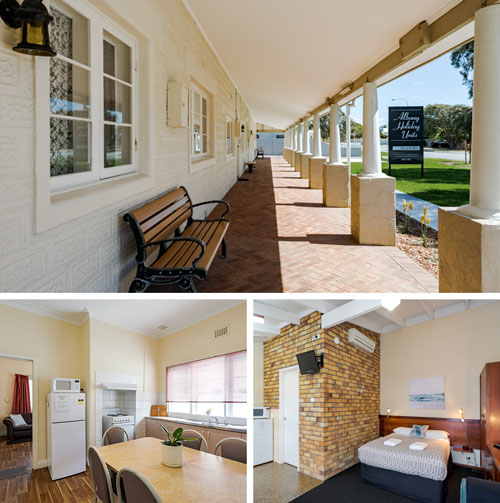 1,2 or 3 bedroom self-contained holiday units perfectly positioned to enjoy Albany’s pristine coastline, popular cafes, restaurants, and local tourist attractions. Less than a kilometre from the National Anzac Centre, our clean, spacious and well appointed units come in a range of styles to suit every budget and to cater for tourists, holiday makers and business people alike. All of our units have reverse cycle air conditioning, flatscreen TV’s, hairdryers and electric blankets for your comfort. For your convenience there are laundry and BBQ facilities on site. Our friendly staff make every effort to make your stay a memorable experience with a warm welcome and a cosy stay!

Middleton Beach, panning up to Emu Point than out across King George Sound to the Great Southern ocean and back again to Middleton Beach.

Middleton Beach, Albany's local city beach. Amazing. Tap the markers for information about the locations on the Map below.

What's on the map? These are the locations plotted above: