The climate of the Rainbow Coast is considered to be "the best in the world," according to those who live here. Visit South Coast Weather 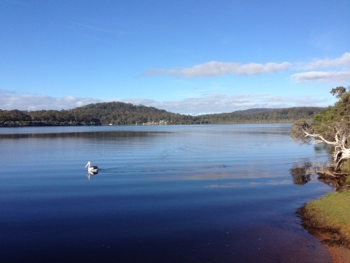 Inlets of the Walpole Region of Western Australia including the National Parks of the south west. Visit Walpole Inlets Map 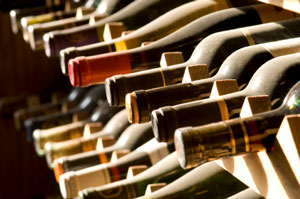 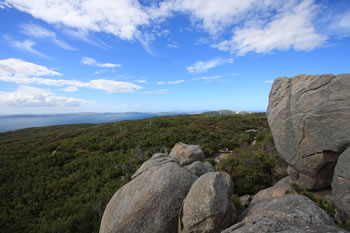 The Princess Royal Fortress is one of Australia's best outdoor military museums and site of the National ANZAC Centre.

Located in the Albany Heritage Park which includes both Mount Clarence and Mount Adelaide, the fort encompases the entire summit of Mt Adelaide and is a beautiful way to spend a day immersed in history while surrounded by the natural beauty of Albany Australia.

The Princess Royal Fortress on the top of Mount Adelaide was built as a result of all the Australian states contributing money and the Imperial British Government providing guns. It was the first federal defense of Australia and it opened in 1893.

The National ANZAC Centre is the most recent addition to the Fortress complex and Heritage Park opening in 2014 during the Centenary Celebrations.

Visiting Princess Royal Fortress with children always proves to be a delight. Children should be supervised at all times. 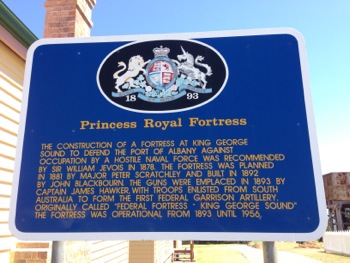 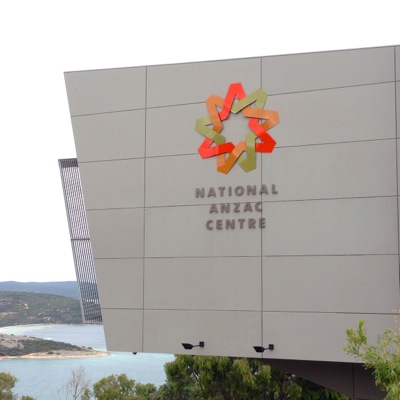 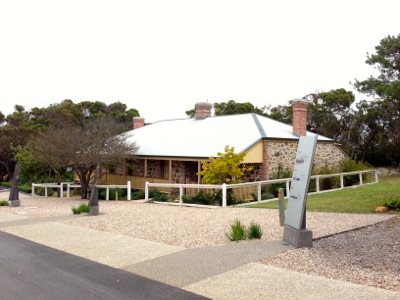 What to see at the Fort?

The best part of the Fortress is that you can go any way you want... stroll up the hill to the Convoy Lookout, explore the underground magazine, walk to the top and see the Flag Pole and Signal Mast, down the bushwalk to the Commanding Officer's House, take a break at the picnic benches and have a play with the big guns.

Of course, be sure to check out the National ANZAC Centre!

You can even have a good look at anti-submarine missiles up close. The parkland adjoining the ANZAC Centre has benches and grassed area between the trees.

Entry to the Fortress is FREE 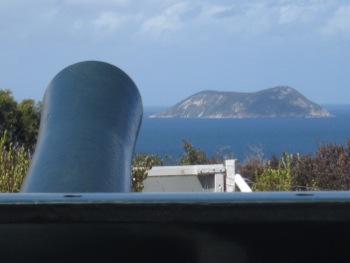 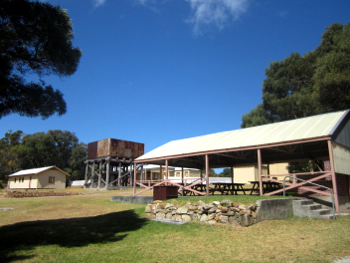 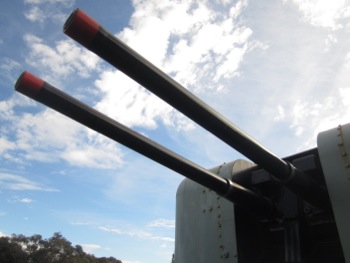 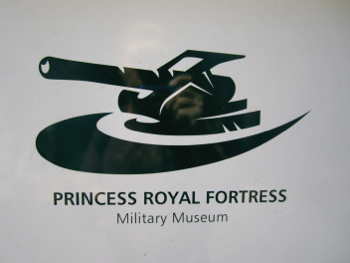 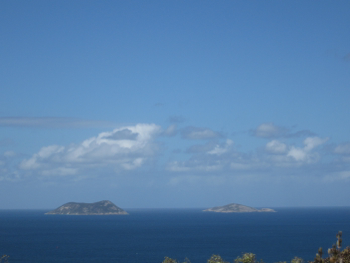 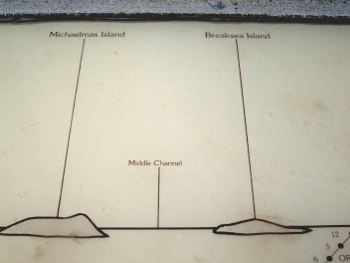 From just outside the National ANZAC Centre you get an amazing view of Ataturk Channel, the channel leading into Princess Royal Harbour. The Turkish Government reciprocally named the beach at Gallipoli where the Australian and New Zealand troops landed as “ANZAC Cove”. An appropriate reminder of the wartime tie with the Turks. Have a look at Ataturk Channel from the Fortress in the video:

The Albany Heritage Park was considerably improved prior to the ANZAC Centenary on November 1st 2014. There is a beautiful new Convoy Lookout atop Mount Adelaide with stunning views over King George Sound, and the marine guns have a new gravel filled area making them easier to explore. The location of the ANZAC Centre is ideal, and open access to the Forts is fantastic. Highly Recommended. 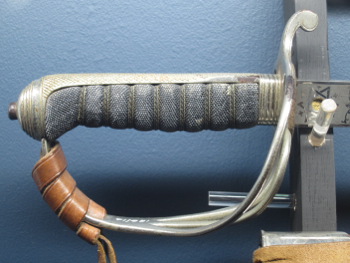 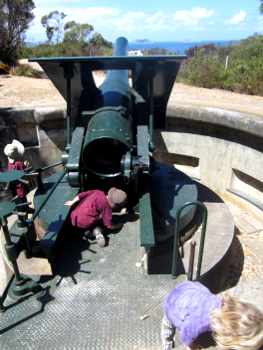 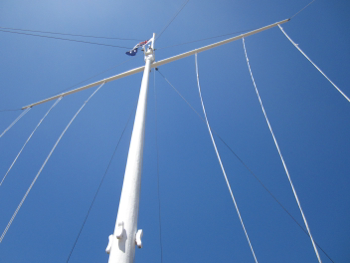 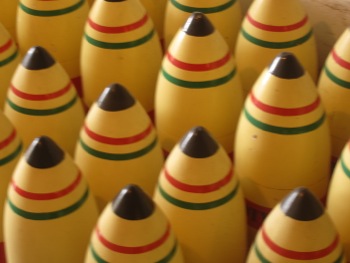 From 1893 to 1956 the guns of King George III Sound maintained their role as a deterrent. They were never fired in military defence though they played their role well as it would have been extremely hard to 'take' Albany's deep-water harbour with the guns guarding King George Sound and Ataturk Channel.

The underground bunker is built into the mountainside which is open for the public to stroll through. The bunker leads to two big guns via stone walled trenches. It's amazing to see how a real bunker-fortress is constructed. This is one of the only examples of a still-standing fortified outpost in Australia. As the Historic Engineering Marker states, "...its design and durability are good examples of the military engineering techniques of the period." 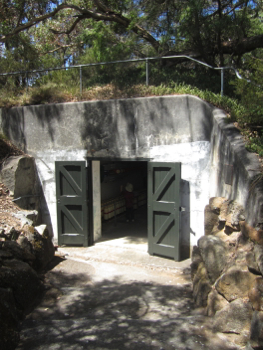 Video of the Princess Royal Battery and Magazine Bunker 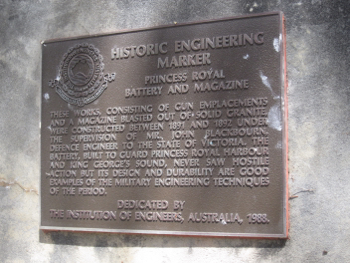 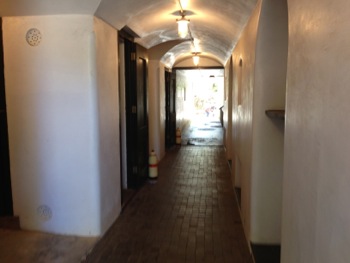 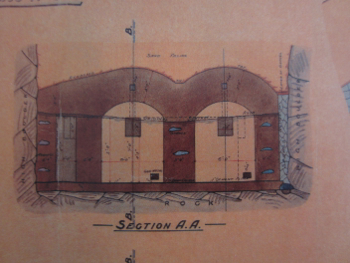 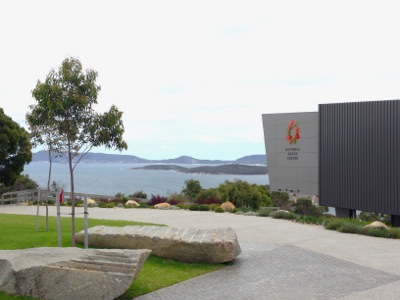 Convoy Walk up to Convoy Lookout is amazing. The views over King George Sound and Vancouver Peninsula and outlying island is incredible. This is where the ships filled with Australian and New Zealand soldiers waited to depart.

Set onto the granite peak of Mt Adelaide, the Convoy Lookout's elevated view over the sound is breathtaking. 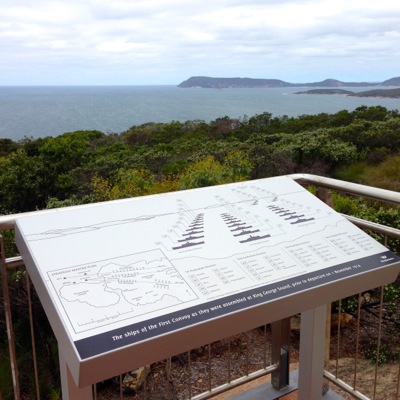 Princess Royal Fortress Military Museum has a special display called the "HMAS Perth Museum and Interpretive Centre" which has information and displays relating to the HMAS Perth which was scuttled in the King George Sound towards Frenchman Bay. It is now a popular dive wreck. 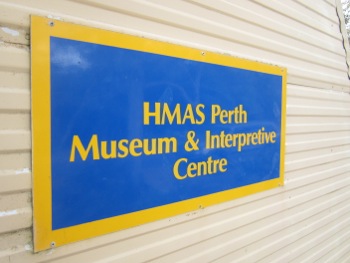 A replica sits in the museum. 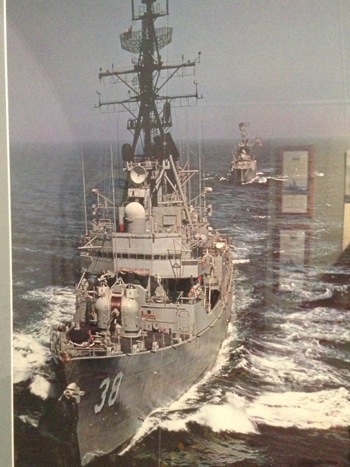 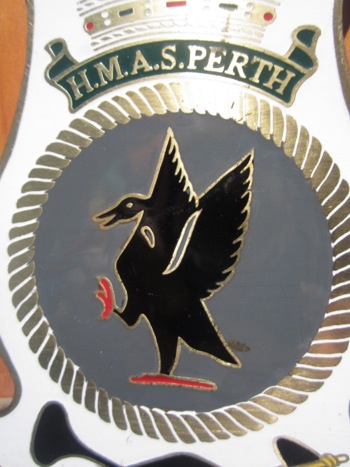