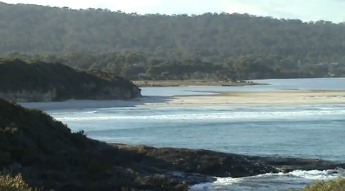 McGearys Rock is a popular rock fishing location close to Ocean Beach. It offers panoramic views of the bay and Nullaki Peninsula to the east. Visit McGearys Rock 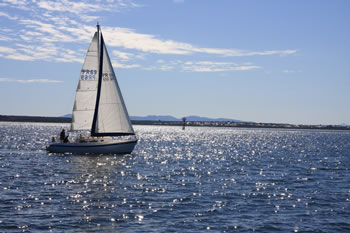 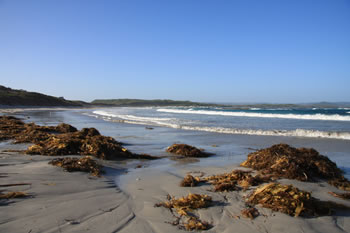 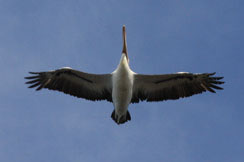 The birdlife along the Rainbow Coast is amazing and includes several species of birds which can be found no where else on earth. Visit Birds

The hike to Monkey Rock is along either the vehicle access road or a footpath which winds through the trees to the peak of Monkey Rock. The path is part of the Bibbulmun Track which winds its way from Albany in the east all the way to Perth far to the north.

Once you reach the pinnacle there is a pathway over the rocks with stairs to help on the difficult parts. Check the MAP of Denmark which includes Monkey Rock, to get your bearings. 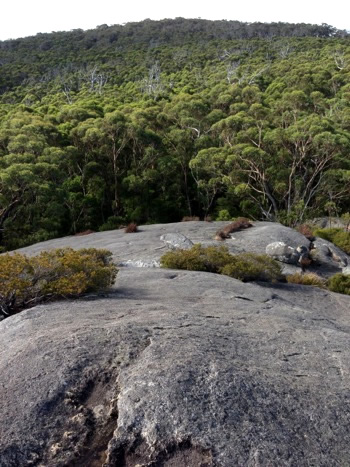 DANGER: Monkey Rocks can be a dangerous place as there are no guard rails. Be extremely careful and watch children at all times. 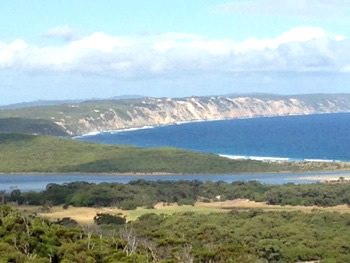 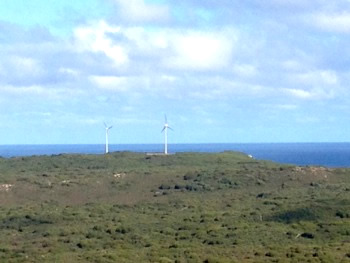 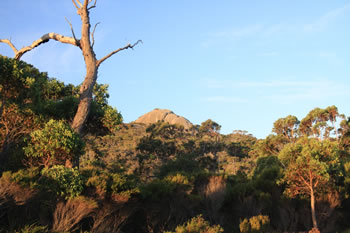 Monkey Rock Lookout from the base.

There is a 4wd track leading from the lower car park to Monkey Rock, though this is sometimes closed and driving is not advised in winter. The 4 kilometre return walk from the car park is uphill all the way, so come prepared. 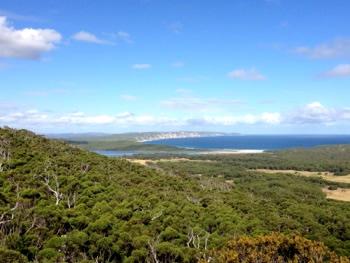 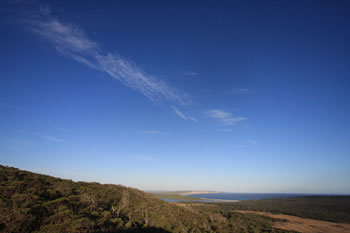 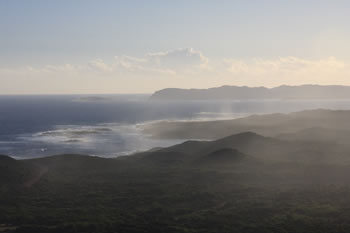 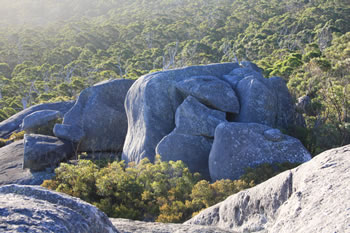 Monkey Rock Panorama over the surrounding area
from the East, panning across William Bay in the West

Attractions in Denmark and surrounds:

Denmark Town
In the heart of the Rainbow Coast on the north side of the Wilson Inlet, along the beautiful Denmark River. Visit Denmark Town

Anvil Beach
Anvil Beach is a beautiful beach on the south side of Nullaki Peninsula on the Great Southern Ocean. Visit Anvil Beach

McGearys Rock
McGearys Rock is a popular rock fishing location close to Ocean Beach. It offers panoramic views of the bay and Nullaki Peninsula to the east. Visit McGearys Rock